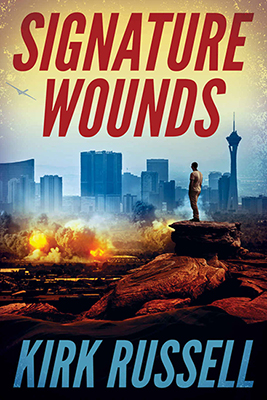 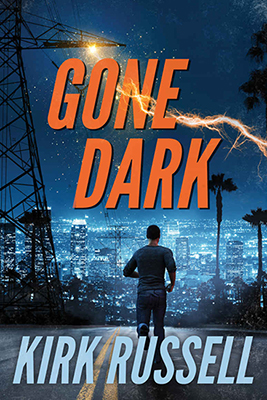 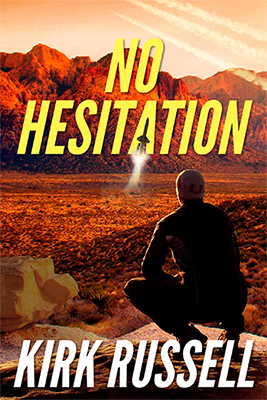 The world is on edge, threat chatter is way up and enemies are on the move.

FBI bomb tech Paul Grale isn’t a computer expert, but he knows trouble when he sees it. Independence Base, a new top-secret military facility north of Las Vegas, houses a break- through artificial intelligence that has US enemies worried and on the move. Threat chatter is already way up when a known terrorist bomber—and Grale’s archnemesis—slips past border security. Then two of Independence Base’s star computer cod- ers go missing. Were they kidnapped as part of a terror plot? Or did they quit in protest, taking their vast knowledge of the potentially dangerous AI code with them?

Special Agent Grale still grapples with the injuries sustained clearing IEDs in Iraq years ago. He’s managed the pain with exercise and over-the-counter drugs for years, but it’s getting worse. People at the office are beginning to talk. When he’s accused by a crooked pharmacist of illicit use of painkillers, he finds himself isolated and facing an uncertain future. Possibly, the end of his career. But first, Grale must push through the pain long enough to thwart an attack . . . as a terror team waits for the right moment to strike.

No Hesitation, the latest book in the Paul Grale thriller series, is a slow burn of page-turning action until its explosive conclusion. 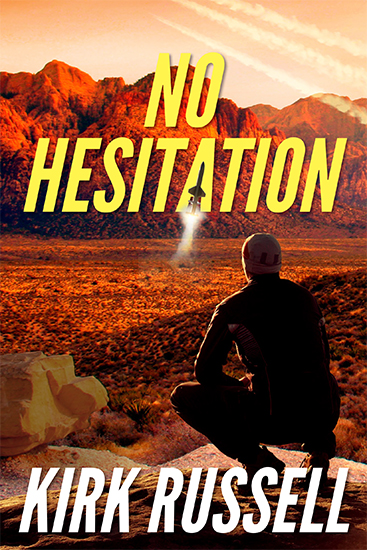 “Vibrating between the quiet FBI-calm of another era and an apocalyptic threat that’s entirely likely in this one, No Hesitation asks one seminal question: ‘Will Artificial Intelligence kill us all?’ No Hesitation isn’t airport fiction. Elon Musk rated AI’s unintended consequences as ‘mankind’s existential threat.’ I’ve spent much of my life in conflict zones littered with mankind’s unintended consequences. They’re the main highway. Kirk Russell paved this one with blind curves and no guardrails. Because there aren’t any. His AI, if allowed to metastasize, is some seriously scary shit.”
—Charlie Newton, author of Privateers

At Gone Dark’s start cyber and physical attacks against the US electrical grid are underway. Not all are successful. Enough are and the FBI struggles with the scale. California, one of the world’s top ten economies, is particularly vulnerable. Grale gets transfers temporarily to the LA field office and works with two California FBI agents investigating attacks on the grid they believe originate from domestic terror cells. Near the same time his niece, Julia, lone survivor of the Alagara bombing in Signature Wounds, moves to Long Beach. She may or may not have been drawn into a questionable group. The nature of the story led to disparate leads and varied settings. It all comes together, but I think the novel only works if at the end Julia, who’s at the age of breaking free, and Grale in his unexpected role as a stand-in parent, find their way through. As with Signature Wounds, I want a thriller but with heart. 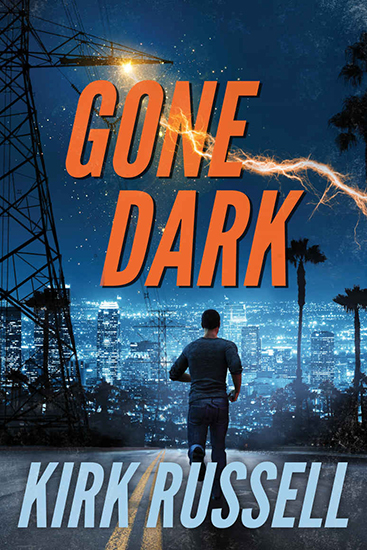 Impossible to put down…a complex, imaginative storyline, that is very believable and terrifying.
—Amazon Review
Mr. Russell has honed his thriller writing over the course of his 10 books to a razor edge… Can’t wait for the next.
—Amazon Review

While in Las Vegas on his way to a family Fourth of July celebration, FBI bomb expert Paul Grale hears a deep blast and sees the smoke rising. In an unfolding nightmare, Grale discovers his sister, brother-in-law, and many friends were caught up in the explosion. Grief stricken, he is pulled from the main bomb investigation to sift orphan leads. Quietly he begins a relentless search for the bomb maker.

When the FBI suspects his friend and disgruntled former drone pilot for the blast, Grale thinks they’re getting it all wrong. Propelled by deep personal loss and an intense need to do the right thing, he picks his way through the smallest of leads and into a maze of twists, turns, and sudden dead ends. When he uncovers another threat, time is already quickly running out. With the lives of so many at stake, Grale won’t let himself fail—and he won’t rest until there’s justice for his family.

Adrenalized, gripping, and all too timely, Signature Wounds brings terror to Vegas and introduces FBI special agent and bomb tech Paul Grale, a man whose specialized skill and fierce determination are a lethal combination.

Signature Wounds is available in trade paperback and ebook from Thomas and Mercer, as well as in audiobook format from Brilliance Audio. 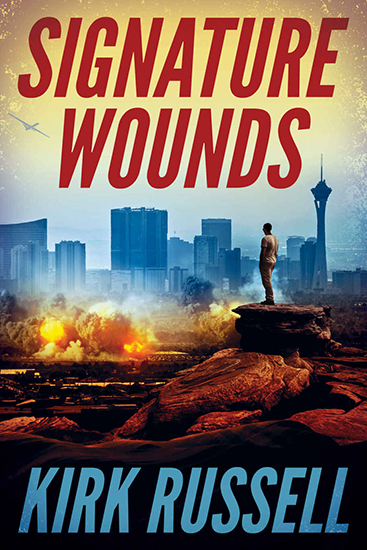