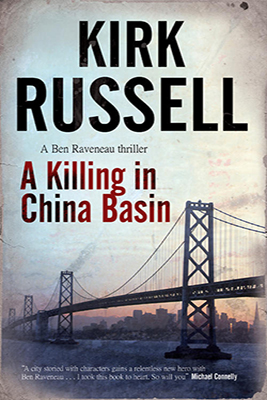 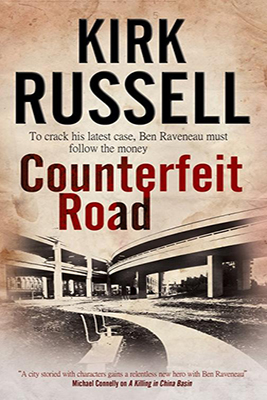 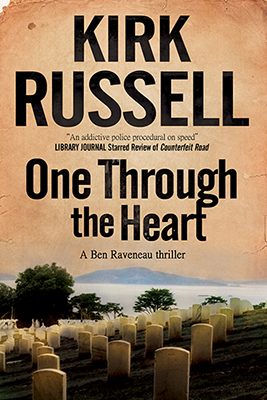 One Through the Heart

When I was a kid we fished for blue gills at a nearby neighbor’s pond. We lifted our bikes over the fence and hid them in the brush before walking down to the water. Very close to there and right around that time a yellow civil defense siren got installed, and that’s how my generation rolled, siren systems, bomb shelters, and blackout curtains, though given the megatonnage of the nuclear weapons getting tested on both sides I doubt any of us where we lived would have survived.

Years ago my sister and her husband bought a house in Walnut Creek that had a bomb shelter. You climbed down steel rungs not much different than what Raveneau descends near the beginning of One Through The Heart. I wrote One Through The Heart thinking about how truth gets lost yet never really goes away. There’s a murder at the center of the story and other skulls are found in a bomb shelter behind a house that looks out over the Presidio to San Francisco Bay. But there’s also a thread to the still unanswered past in how the U.S. west was won and the native tribes pushed aside. There’s that tie in what Raveneau uncovers and it leads to serious stuff going down in the here and now.

Things get forgotten. Passions diminish to where few remember or care anymore and some crimes just belong to the past. Nothing more can be done. Writing crime fiction I’ve gotten to know a few homicide detectives and I think about them often enough and about what it takes beyond the daily bureaucracy and the rote procedural. It seems to me the fundamental thing underneath bringing justice to the dead is the need to know the truth and caring enough to not quit. If I could communicate only one thing about Raveneau it would be that. 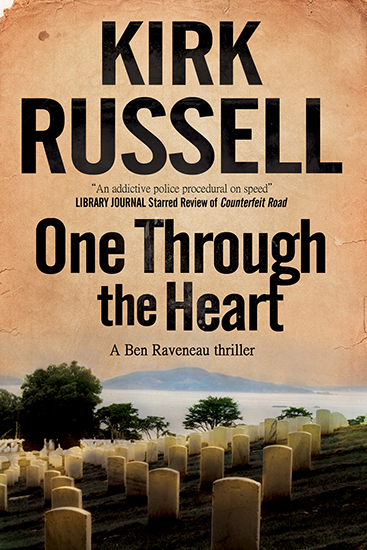 The first nearly perfect copies of US one hundred dollar bills appeared in 1989, or that’s the first time someone was sharp enough to spot the flaws. Story goes it was a Philippine banker. The story also goes that North Korea was the maker, though if you listen to the conspiracists online the North Koreans weren’t capable and it was the CIA passing bad bills to keep their black projects black, or they were printing them so they could track down terrorists by following the money. Take your pick. Officially, it’s the North Koreans.

Those notes were called supernotes and were good enough to lead to all the changes in US money that came later, the big-headed bills, buried squiggly lines, all of it just ones the ahead of printer technology. I got interested in that and then in a what if scenario, and from that came Counterfeit Road, a story about an ex-Secret Service agent carrying hundred dollar bills and shot and killed under the former Embarcadero Freeway. That freeway was demolished after the ’89 Loma Prieta quake and now it’s just a clean walk across the promenade to the Ferry Building in San Francisco.

Alan Krueger was shot in 1989. Twenty years later it was a cold case and Raveneau’s to solve. He can’t do that without figuring out the hundred dollar bills and the bills lead to a distraught ex-Canadian revenue agent and transverse through the life of a former Pan Am pilot, and through his friends who were friends for life before everything changed. Raveneau and his partner, la Rosa, see the Big Island in Hawaii though not in a tourist friendly way. When the plot deepens the Secret Service and FBI get more involved. Their worries are now and Raveneau is right there with them, but he’s also following the money, which means going back before racing forward.

A thing I love about crime fiction is that you can take something morally ambiguous and put in the background of a novel. There’s a little of that in this one. You can never preach. No one ever wants to hear that, but you can write with things into the backdrop. I wrote this when the ‘Birthers’ were hard at work trying to separate Obama from legitimate citizenship via his birth certificate. No doubt for some Birthers it was just honest homework no one else was willing to, but there was a much darker thing there as well. It may have been in the Economist, I don’t remember exactly where I read the word, other. Some Birthers worked hard trying to make Obama other than us. There’s a little of that in this novel. But at heart it is a crime story and Raveneau’s to solve. 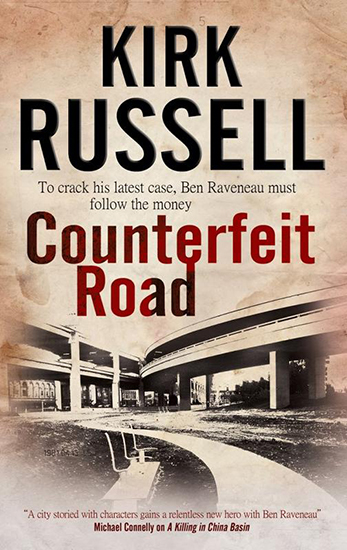 Unexpected twists and the genuinely shocking ending keep readers focused on turning pages.
—Booklist
Russell smoothly blends mystery and thriller elements as the action builds to its satisfying climax.
—Publishers Weekly
Russell has crafted an addictive police procedural on speed, with requisite intricate plotting and a stunning conclusion. It’s all in the details, which Russell manages to juggle adeptly.
—Library Journal (starred review)

A Killing in China Basin

A Killing In China Basin launches a series. There will be at least two books, maybe more with San Francisco homicide inspector, Ben Raveneau, and his partner, Elizabeth la Rosa. In this first, Raveneau and la Rosa have just been paired as working partners and are on-call waiting for their first case. The one they catch won’t be easy to solve. The victim is an unidentified Jane Doe and the investigation goes a lot of places, including into the past. Since it’s their first together they also have to figure out how to work together. They have to find a rhythm.

The big city detective has been written every which way and some have done it very, very well. What I’m trying to do with Raveneau is first make him whole, so he stands as an interesting character, case or no case, so when the urgency of the investigation bleeds into life there’s actually something there. He’s in his fifties, nudging toward the end of his career, but without any desire to leave. He’s a murder cop. It’s what he knows, what he loves, and because I know the city I’m hoping I can write it well enough to make him part of it. Writing this novel and the one following it has also the result of an ongoing four or five year conversation with to San Francisco homicide inspectors, Joe Toomey and Holly Pera. I owe a lot to them. 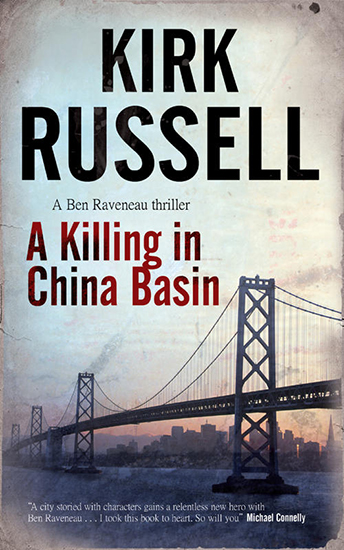 A plot that’s chock-a-block with red herrings and unexpected twists, an appealingly hard-bitten hero, and plenty of action make this solidly written police procedural a good choice for all fans of the genre.
—Booklist
With more twists and turns than Lombard Street, Russell’s complex plot makes for a pulse-pounding police thriller. Raveneau brings old-school knowledge to investigations and learns a few new tricks himself.
—Library Journal
The plot is upstaged by the brooding characters, good and evil, the snappy rhythms of Russell’s sharply observed prose and the promise of Raveneau’s return.
—Kirkus